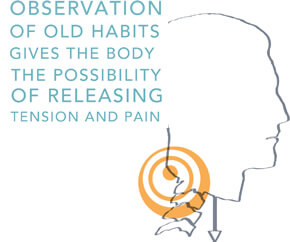 History of the Alexander Technique

Alexander began to experience vocal problems during his performances. When doctors were unable to help him he decided to search for a solution himself. He practised reciting in front of mirrors and, over time, he noticed a habitual reaction which caused him to tense his neck. Gradually, he managed to unlearn this habit. As a result, his vocal problems stopped, he moved with greater ease and his overall well-being improved.

Alexander realised the importance of the relationship between the head, neck and back - the spine - and how this affects the whole body. He called this the "primary control". Often, as we grow up, we develop unconscious habits of "mis-use" which interfere with the body's primary control. These can lead to disorders, particularly chronic back, neck and head pain, and shoulder, wrist and knee problems. Alexander continued to refine his theory and, in the 1930s, began to train others to teach what is now known as the Alexander Technique. His four books, Man's Supreme Inheritance (1910), Constructive Conscious Control of the Individual (1923) The Use of the Self (1932) and The Universal Constant In Living (1941) are still widely read.

To find out more about Alexander Technique with Posture Plus in North London call 020 8882 5134 or email [email protected].